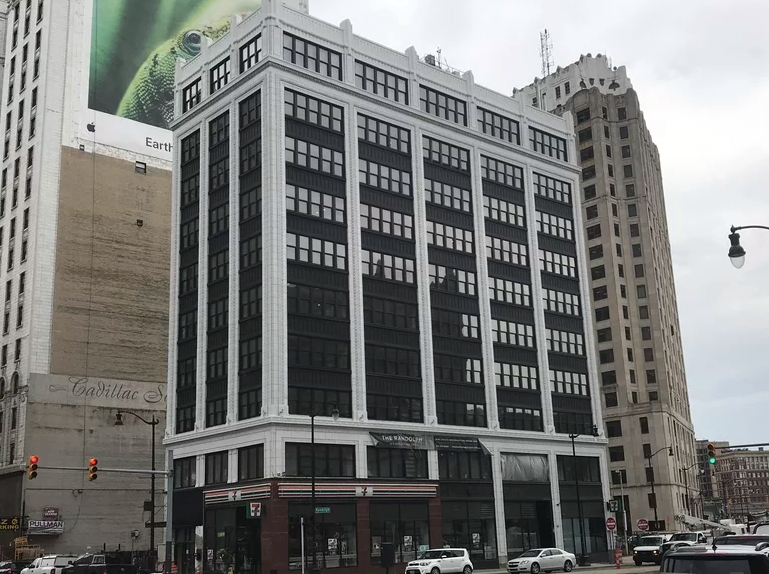 Sonder Inc. expects to open 168 of its apartment like short-term rentals in 2 buildings in Downtown Detroit beginning next month.
45 of the 1 and 2-bedroom units are expected to be available for rent in the former Lawyers Building at 139 Cadillac Square while the remaining 123 are expected this winter in the former Gabriel Richard Building at 305 Michigan Ave.

Ellen Schulz, the Chicago-based general manager of the properties, said Sonder, which is headquartered in San Francisco, "brings consistency and quality of a hotel stay with a space that feels like an apartment." Sonder operates in 22 cities across the globe. Anticipated rates specifically for the Detroit properties weren't disclosed during a Monday interview with Schulz, but on average, they rent for $129 per bedroom per night nationwide, Sonder spokesman Suhaib Habibullah said. The company is on track for $400 million in revenue this year and in July, it netted $225 million in Series D and other funding, he said, although anticipated revenue figures for the Detroit locations were not made available.

"We were comfortable in that downtown area in terms of having the immediate demand," Schulz said. "We do a sale underwriting process to understand the economics of all locations and they came across as places where we could offer a great stay and build a solid foundation around." Sonder is master-leasing the space from the building owners, Schulz said.

The company's entry into the Detroit market comes amid a wave of new hotel space in and around downtown and a debate over short-term rentals as a public policy issue.

"We saw an opportunity to offer an alternative, stay somewhere that feels little more like home and a bit more of a consistent approach," Schulz said. Messages were left with the buildings' respective owners, Mike Ferlito, president of Detroit-based developer Ferlito Group, and Joe Barbat, founder and chairman of Barbat Holdings LLC, a West Bloomfield Township-based real estate investment and management company, and Houze Living LLC. He is also the CEO and chairman of West Bloomfield Township-based Wireless Toyz.

At various stages, both projects were planned to be a multifamily residential. The Lawyers Building project was revealed in October 2017 and the Gabriel Richard Building has been in the works since Barbat bought the building.

According to Historic Detroit, which tracks Detroit building and architecture history, the Lawyers Building was developed by John Barlum, who also developed what are now known as Cadillac Tower and New Cadillac Square Apartments. It was designed by the Bonnah & Chaffee architecture firm, the website says.

The Gabriel Richard Building sold for $3.2 million to Barbat in February 2015. At the time, he planned a $6.5 million renovation into apartments.