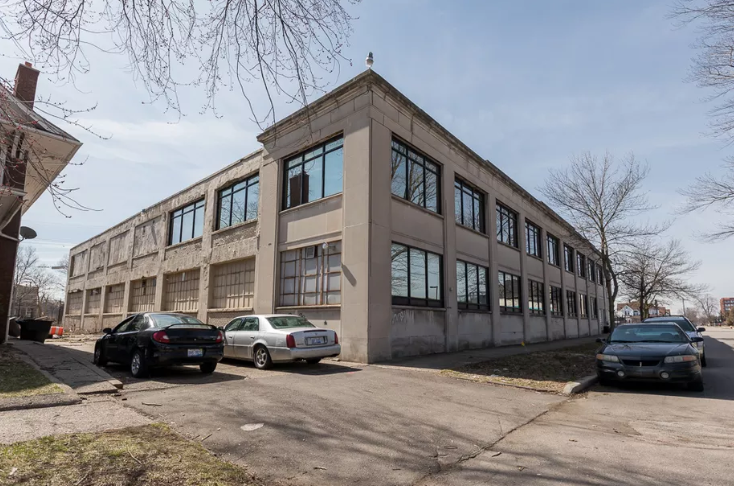 The planned redevelopment of the former Packard Automotive Showroom in Detroit's North End neighborhood has received approval for more than $2 million in loans and other financing.

RainCheck Development LLC, owned by Neal Check, has received a $1.4 million Michigan Community Revitalization Program loan for his planned $8.16 million redevelopment of the building at 40 Hague St. and Woodward Avenue and another $562,000 or so in brownfield financing.

The project reported by in April 2018, is anticipated to bring 38 apartments to the market, according to a Michigan Strategic Fund board briefing memorandum. The board approved the financing Tuesday morning.

It also says that "even with the MCRP award, it is anticipated that the investors will only be able to achieve approximately a 1 percent return."

The memo says the loan is "needed in order to alleviate costs related to the difficult labor market in Detroit that has caused construction prices to increase, particularly in instances of historic rehab, as well as offset the significant cost of acquiring the building."

The MCRP loan takes a junior position to a pair of loans ($3.4 million and $1.75 million, respectively) from Capital Impact Partners, a Washington, D.C.-based community development finance institution that has an office in Detroit.

Developer equity of $1.61 million rounds out the capital stack.

Of the 38 units, eight would be reserved for those making 60 percent ($32,100) or less of the area median income ($53,500), a figure that includes incomes from wealthier nearby suburbs.

Check identified East-pointe based Monahan Co. as the general contractor with Detroit-based Christian Hurttienne Architects as the architect when he spoke with Crain's last year. An email was sent to him Tuesday morning seeking comment.

He also has a project in the works on Woodward in the New Center area, Crain's reported in August 2018.